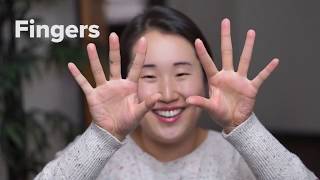 How Belly Button Healing Has Reduced My Anxiety

Give your brain hopes and dreams

So how does it work exactly?

Your Emotions and Your Gut-Brain Health: A Video Interview with Ilchi Lee and Dr. Emeran Mayer

How to Listen to Your Gut

Give your brain hopes and dreams

So how does it work exactly?

Your Emotions and Your Gut-Brain Health: A Video Interview with Ilchi Lee and Dr. Emeran Mayer

Maybe you are like I was when I first came across the healing life wand - curious and wanting to know more, but also unsure if it is really something for you.

My greatest barrier was willpower. My Body & Brain teacher kept saying to do just 5-10 minutes every day, and, although this doesn't sound much, I just couldn't seem to stick at it. Then my teacher suggested even doing it last thing at night in bed would still help. This seemed like it would work even for someone as inherently lazy as me, and it has! Six months on and I am keeping up this daily ritual and, as well as finding it deeply relaxing and helping me sleep, it has brought with it some really big changes in my life.

Firstly, after years of smoking, I have finally found the willpower to give it up. How can that be from BBH, I hear you ask! It seems, as I kept up my new daily routine, I began to notice a much stronger sense of will power and internal strength. I've been a smoker since early teenage years and although I've stopped from time to time over the years, sometimes for a number of years, I'd recently drifted back to smoking everyday. The most difficult part of a nicotine addiction, I think, is the psychological addiction. But this hasn't bothered me since I started BBH. I just decided to stop one day and now I have no desire to have a cigarette, even at trigger times. It was as easy as that. Now four months on and still going strong!

Secondly, I decided to go on a detox fast and I lost 8 lbs. The longer term result of BBH and the fast, apart from a good kick start to weight loss, is that I am much more aware of what the body needs and what I consume.

How can this stronger will power all be down to doing BBH?

I was curious myself how I seemed to be growing in will power and internal strength. I read the BBH book by Ilchi Lee and I researched online. While it is hard to be exact about how BBH has led to my stronger will power, I am pretty convinced that it is coming from the increase in serotonin that is a result of BBH.

I had only recently found out that serotonin was produced in the gut. I knew a little about the purpose of serotonin because years ago, before I began Body and Brain Yoga, I had been prescribed a type of antidepressant that increased serotonin levels in the brain.

Serotonin, I had been told, carries signals between nerve cells in the brain, and that if the signals have broken down then this can impact on depression. Also, that by artificially increasing serotonin levels, depression can be alleviated.

After a while, when I would practice BBH I got a lovely tingling feeling all over my body including in my head, so I visualised this tingling sensation as being that serotonin which I had stimulated myself with BBH, making its way through my circulatory system to my brain. Every time I had this tingly feeling I would send positive messages to myself with the thought that I am strengthening positive messages and connections in my brain.

Being someone who likes to check facts, I was prompted to find out if my interpretation of what I thought BBH was doing was confirmed by science and conventional medicine. I looked at 'medical' websites such as NHS Direct and research papers and found out that serotonin is a neurotransmitter, which are chemicals that relay signals between nerve cells telling your body to do everything; breathe, digest, etc. and they also control sleep, mood, concentration and appetite.

Adequate amounts of serotonin are needed in the brain because it's a mood stabiliser and regulates appetite, carbohydrate cravings, sleep, pain control and digestion, so it makes sense that I have been feeling more in control, more will power, and have more 'steady' energy, by doing BBH.

Doing this regularly, I became increasingly aware of another feeling. When I stopped BBH and lay still, ready for sleep I have quite a strong tingling sensation in the back of my body from the back of my head, all through my back, legs and even the soles of my feet. It's a lovely relaxing feeling, a surge of warm tingling energy stimulated by BBH. I was particularly excited by the tingling in my head and brain. I hadn't experienced anything as distinct as this before so I started to wonder if this energy surge feeling was related to stimulating serotonin production.

Putting this information and what I have observed myself together, I believe that BBH has worked for me by stimulating more serotonin production in my gut. Though I can't be 100% sure of the medical facts, what's important and certain is the positive effects I notice on my physical, emotional and mental wellbeing. I feel healthier and more vibrant than I have in years! So, whatever the science of BBH, I can vouch for it being a massive force for good in my life.